TYSON FURY celebrated his birthday and retirement from boxing in style.

The Gypsy King, 34, hung up his gloves after knocking out Dillian Whyte in front of 94,000 people at Wembley Stadium in April.

He has had several months to reconsider packing, but reiterated his decision earlier this month and vacated the Ring magazine belt to confirm his departure from boxing.

And he celebrated the big milestone with an amazing party – coinciding with his birthday.

Fury turned 34 last Friday but waited a week to enjoy movie night with his family.

Wife Paris shared a video and a host of photos on instagram for the occasion – which was decorated with a red carpet, a popcorn machine and a giant screen. 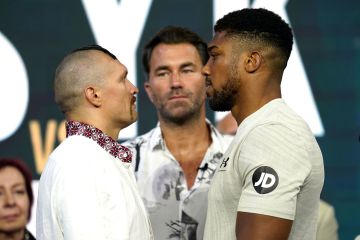 They also had big balloons with “Tyson Fury Gypsy King Retirement” on them.

The Furys even had little popcorn holders and sofas handy to enjoy the movie night outdoors.

The Morecambe fighter, who has previously beaten Chisora ​​twice in 2011 and 2014, claimed Delboy turned down £2m for a trilogy fight.

He fumed on Instagram: “I see Derek Chisora ​​had a little pop; licking his wounds after losing £2m.

“What jokers, a pack of jokers. Honestly, there’s more brains in your little finger than your entire management team will ever have.

“Where is someone like Derek Chisora ​​going to be offered £2million again?” 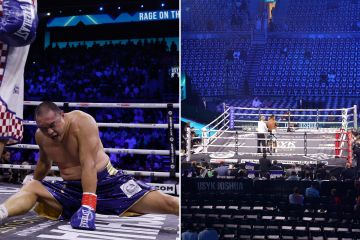 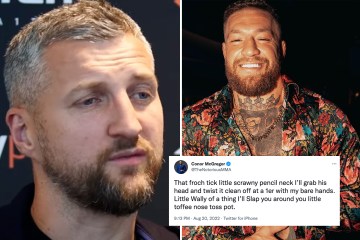 “He has to phone Frank Warren, get more money, come see me. I haven’t missed anything that I haven’t.